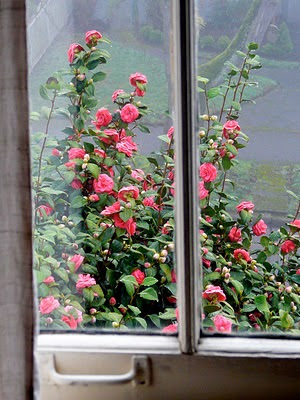 pink camellias in the fog 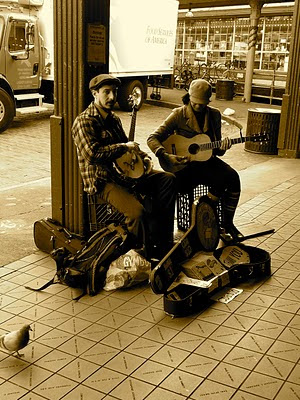 street musicians at Pike Place... it looks a bit like a scene from a new children's book I'm working on 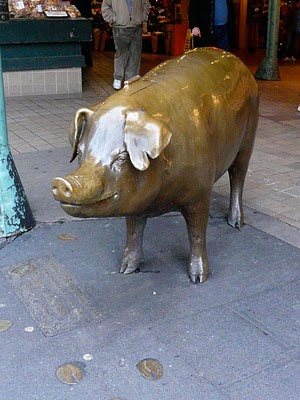 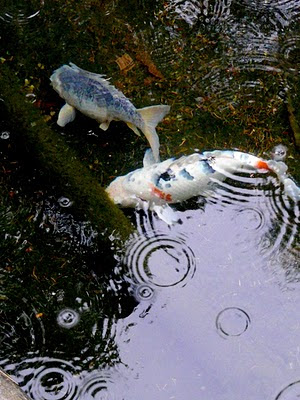 this reminded me exactly of a japanese print...
right down to the raindrops 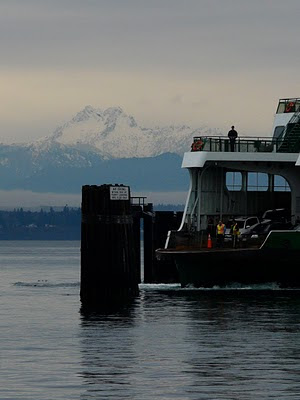 and of course the moody mountains and ferry boats... and snowcapped peaks 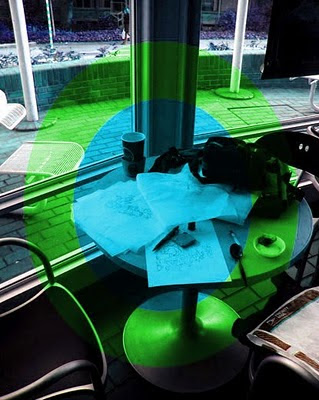 I'm a big proponent of the b.i.c. 'butt in chair' philosophy for getting work done. But on occasion I do find it's enjoyable to expand upon the theme.

For I also am a proponent of the philosophy of b.i.c.i.c. 'butt in chair in cafe'. There are few moments in an artist's life that seem more ideal than sketching away on new ideas from a well placed cafe table. (preferably with good light and no loud music).

And also there's the adjunct pre-requisite of b.o.b. 'butt on bicycle'... which leads naturally to b.i.c.i.c. Altogether there's nothing quite like the fresh air and heart pumping exercise of a good bike ride. b.o.b. followed by a little b.i.c.i.c.

Onward and upwards with the Arts!
Posted by John Nez at 12:59 PM No comments:

I found out that childrensillustrator.com will be phasing out animated gifs. Phooey! I only had one on my site there... but when I went to try to change it, my page crashed and I got all sorts of fatal error messages that wouldn't go away till morning.

So I thought I'd post my animated gif here instead...

Sometimes I think all this digital stuff is just too complicated. One does tire of all the learning curves... and if that isn't enough then one has to re-learn everything just a year later.

Oh, and 3 years after that you have to buy yet another new expensive computer and update all the software too. Sigh...

Take two memory sticks and call me in the morning.
Posted by John Nez at 10:25 AM 1 comment: 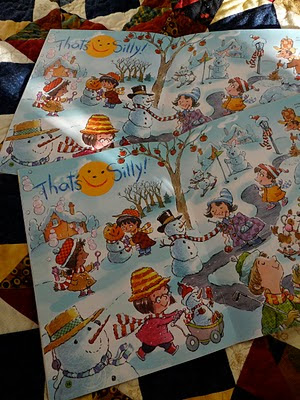 I was pleased to finally see this magazine piece in print from High 5. Somehow I thought it was already out about a year ago... so I guess I'm out of touch with time.

Drawing: a delightful story about a mouse and a squirrel. Now that's my kind of crowd scene.

Listening: to my iPod whilst out biking, walking and jogging

Reading: a totally captivating book, 'The Private Lives of the Impressionists' by Sue Roe. It's a fabulous history and total eye opener. Somehow I never realized that the impressionists were continually starving artists for most of their careers. This book is marvelous in detailing every incident of their struggle as artists. Amazing incidents like the time Renoir was about to be shot by a firing squad during the commune uprising after the prussian war in Paris. He was saved because he was recognized by one of the revolutionary leaders who had rescued him years earlier in the woods. Renoir had once lent this revolutionary activist a painter's smock and easel so he would avoid capture. It was sheer coincidence that Renoir was recognized and given a hero's welcome instead of the firing squad.

This book is an amazing true story of artistic struggle in the face of grinding poverty. I liked how the impressionists so often escaped to the woods and nature to find solace... as all good artists should.

Writing: a delightful new picturebook dummy. Just my cup of tea.
Posted by John Nez at 7:33 AM 1 comment: