The Art of making Art 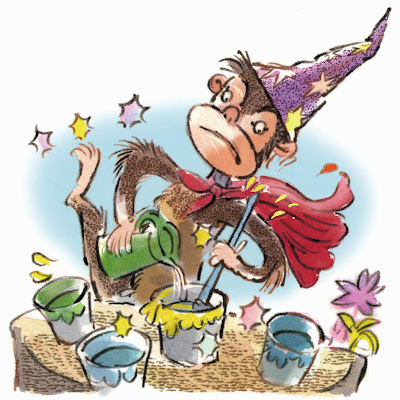 The first rule in the Art of making Art, I suppose, is that one ought to at least enjoy it. In practice, this is easier said than done though. So often it seems almost impossible to just relax and enjoy the process.

They didn't put 'Dead' in the word Deadline without reason. Deadlines, when combined with with the inner critic have a nasty habit of getting in the way of simple enjoyment at it's finest.

But Art is supposed to be fun. Sometimes we just have to put a foot down to insist that it stay that way! 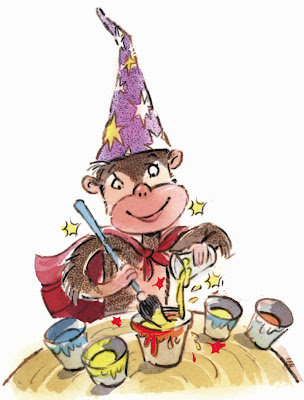 I'd advise anyone foolhardy enough to embark on an Art making venture to allow lots of elbow room for yourself. Allow no one to elbow in on your territory of artistic Happiness! That is YOURS and yours alone! Not even that pesky inner critic should be allowed to mess things up.

It's almost a whole other art form to figure out how to relax and enjoy making Art... but still get it done on time.
Posted by John Nez at 7:46 AM 7 comments:

A landscape of mystery... 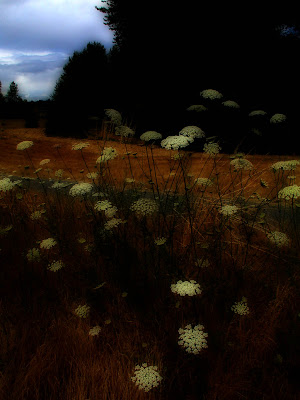 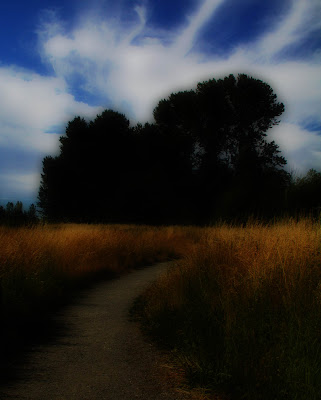 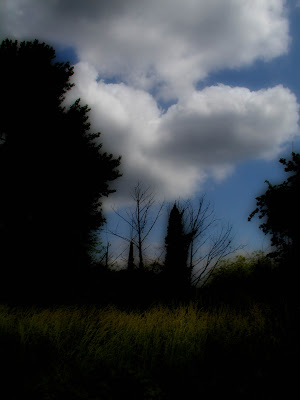 Who drew that Rabbit? 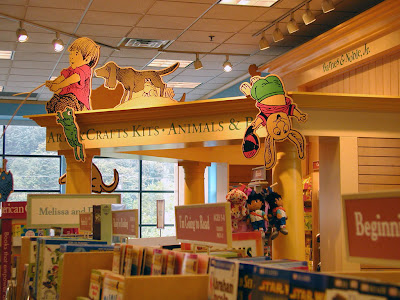 I was a nervous wreck riding the escalator up to the children's book department. I was at my local Barnes & Noble. My stomach full of butterflies. I felt like I was about to commit a crime or something almost... which is really silly, considering I was in fact going to prove myself right about something.

I was going to take some pictures of this plywood rabbit cutout... which was, in fact, drawn by moi! Sounds crazy, doesn't it?

It's a funny story. I still remember the store's grand opening a decade ago. I was totally amazed at seeing one of my drawings used for the store display. Well, actually it's not my character... it's from a book by a well known children's book maker with the initials M.M. I did ghost illustrations for lots of his lesser known books back in the 90's. But still, I was amazed to see my drawing, all the same. It's funny how a drawing one creates is always instantly recognizable. 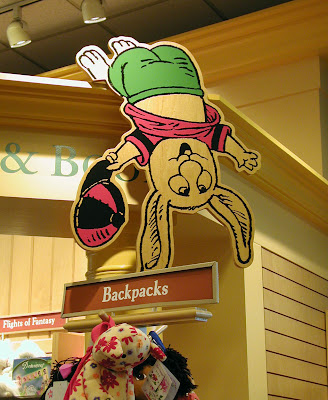 The funny part was when my son, a very talkative boy, who was so proud to see this drawing of mine, immediately went over to the woman in charge of the children's section and declared, "MY dad drew that picture! It's from a book he did the artwork for!".

This same matronly woman soon appeared before me... with a very quizzical look on her face... half glasses hanging from a beaded chain. She sort of smiled... looking me up and down in my ragged shorts & tee shirt & 2 day beard. "Oh yes!", I said, in a nervous voice as if I really didn't believe it. "I was the ghost illustrator on that book!".

I might as soon have been saying... "Oh yes, in fact I AM Napoleon!". lol! I thought it was one of the more poignant moments of being a ghost illustrator...

Here's the page of the book it was from... I notice they flopped the image, but I still knew I drew that rabbit! 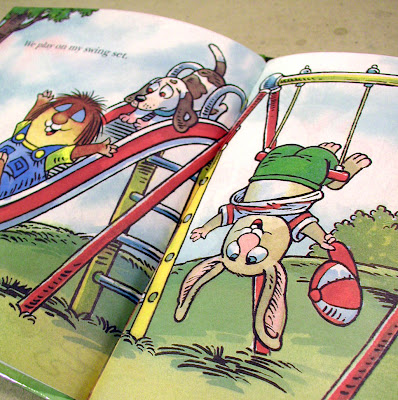 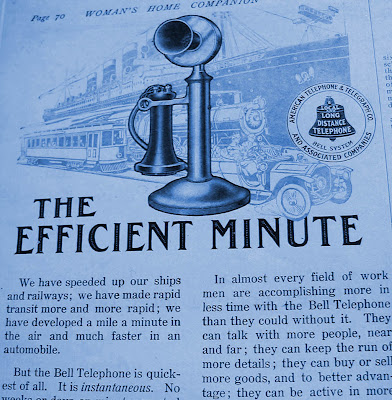 Another day in the life of a Free-Range Bookmaker. How efficient have I been today? Um... let's see.

I woke up... I got dressed... and then I start in whittling away at the day's efficiency.

I draw, I write, I write, I draw... I design... I re-draw... I re-write.. I re-design. Re-writing is enjoyable and highly unpredictable. I do take occasional breaks to regret... and re-regret. Usually something vaguely to do with my career choice and time passing.

Also I've listened to hours & hours of jackhammering outside my window... which really has a cumulative effect as they've been jackhammering on my street all summer! The throbbing of diesel engines is neverending around here lately! 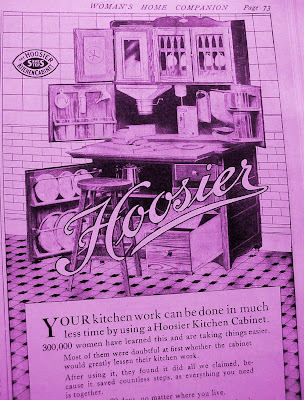 I've decided its fun to be a free-range bookmaker... as opposed to being the caged variety. I mean, why not enjoy it while I can? It's not like anyone's getting rich over it or anyone's gonna remember anything in a year.

This is vaguely similar to deciding that you're going 'off' your diet... and are now free to indulge in any food you like!

They'll get me back in a cage soon enough, so why not enjoy being Free-Range while I can?
It's more fun that way!
Posted by John Nez at 12:18 PM 3 comments: 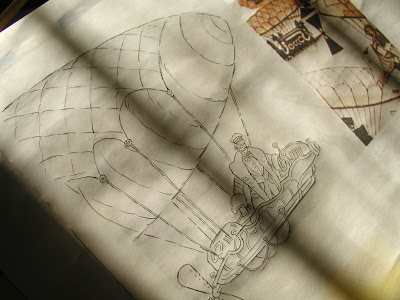 I've finally gotten onto the pace of my new book, (after false starts & procrastinating... which is probably why we procratinate in the first place).

It's funny how a book demands more than just the drawings and words. It's almost like having a part in a play. You have to search around, experimenting to find the right 'voice'. Or maybe that's just more internalized malarky... the sort that we stay-at-home book workers specialize in. But I think I caught hold of that elusive little musette... so there!

It occurred to me while drawing away, that it really is quite flattering to think that thousands and thousands of readers will read my words and look at these same pictures. Usually I never give the 'audience' a thought... let alone a second thought. But it's nice to think of all the stormy winter nights when readers will curl up in armchairs under lamps to take off on the adventure I've concocted.
Posted by John Nez at 2:12 PM 7 comments:

The Problem With Modern Life... 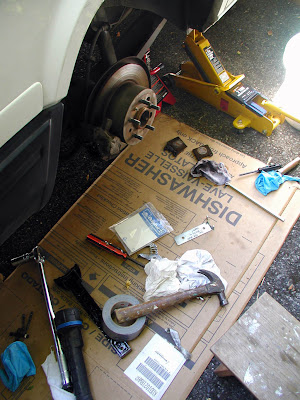 The basic problem with modern life is that it is too complicated. And of course all the many complicated gadgets that we depend on every day have a habit of breaking down... adding to our burden of living amongst 'Things'. 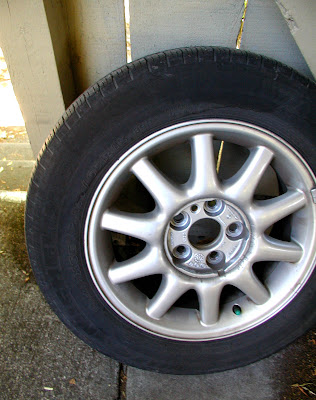 How is it that the wild animals of the woods have just their bushy tails and fur to get them through their days? Yet we have to lug along tons of stuff... basements full of junk... and leave behind great midden heaps of rubbish in our wake? 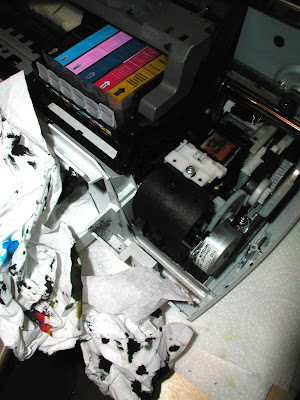 Enter the Handyman, who's task is to restore our heaps of junk to working order so that we may continue on as planned! Or go crazy in the process...

It's easy to see who has the higher quality of life... us or the owls. The higher quality of life belongs to the contented, thoughtful owl sitting on the quiet branch in the woods! His day is a long pursuit of leisure, knowing the excitment of catching a mouse in the moonlight will be his tonight! A tree branch and the moon to hunt by... those are the only things an owl really needs.
Whoooo? Whooooo? Whoooo?
Posted by John Nez at 2:28 PM 1 comment: 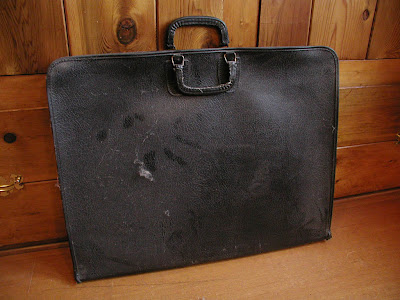 Here we have it... a little walk down memory lane. My dusty ancient portfolio.

Ah, if only it could talk, it would tell tales about the places it's been! All those subway rides around Manhattan... the elevator whisking it up to the 14th floor. The nervous butterflies as the receptionist invited my dusty old portfolio to please have a seat and wait.

The hopes that soared... the hopes that were dashed. Memory can be so devilishly tricky. I still remember the store where I bought my dusty old portfolio... near Columbus Circle in Manhattan.

But now, the dusty ancient portfolio just sits forgotten beneath my desk... replaced by smaller and smaller portfolios. And all of those replaced mostly by my website. The pace of change is amazing. I'm sure portfolios have existed for centuries... up until the last 10 years. 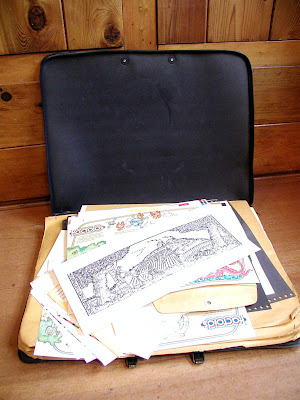 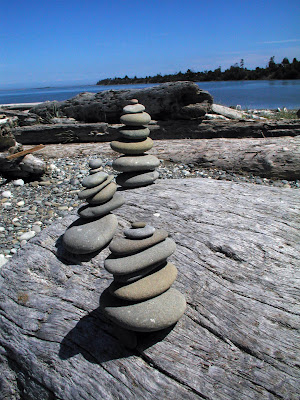 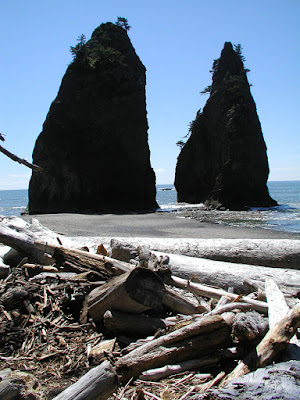 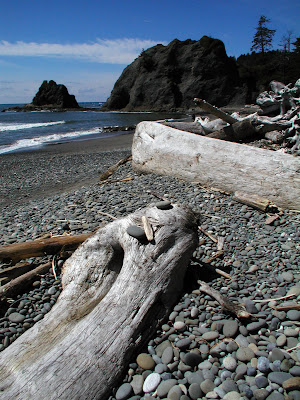 How quickly it is gone... I don't think any other season allows escape like the summer does. Winter is all about escaping to places of the imagination. That's okay.. but not quite the same.
Posted by John Nez at 7:02 PM 2 comments:

Did I mention I can't draw? 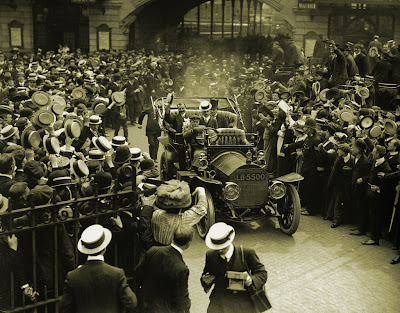 I think it's important that I put that in the record... before proceeding any further down this career path.

They say Michaelangelo could see the sculptures waiting in the raw blocks of marble.
Hmmm.... I suppose I too can see the figures I wish to appear on my paper. Only I seem to achieve mine mostly by erasing!

But eventually the artist in me... a VERY stubborn person... wins out. Mostly through sheer endurance and spite.

I'm one of those unfortunate sorts who tries harder and harder the more impossible something seems... often to my own detriment.

But anyhow... whoever invented the eraser deserves some kind of Nobel Prize!

Oh, here he comes now.... the inventor of the modern eraser... actually it's some of the reference I'm using for my new book that takes place in 1907. That's Santos Dumont riding in the car I think... no wait... it's Bleriot, of course!

'Who cooks for you?' 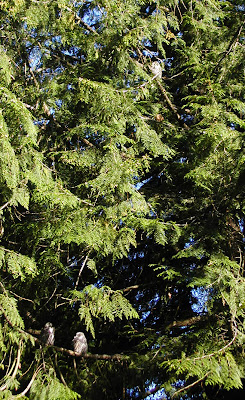 Back to the owls again... can you pick out the three owls in this photo?

I like to think its the two sibling juvenile owls being watched over by the mama owl.
It's a mystical experience watching owls in the woods. Not much happens... lots of neck turning and if you're lucky, they'll fly. Branch hopping is something that owls make look like a LOT of fun too.

They seem like sentinels of some mystery that watching them allows us people to partake of.

A timeless mystery of the woods... a very peaceful mystery. Wild animals are the accentuation of any natural landscape, I think.

I've nearly perfected my call of the Barred Owl, after listening to the call over and over. I tried it out on them last week and they really did perk up and stare with a heightened curiosity. 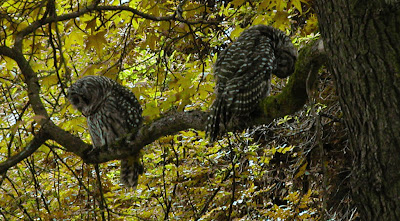 'Who cooks for you?'.... that's the english equivalent of their call. With a little tremolo at the end. I've noticed that not only does the owl call perk up the owls... but it's also an effective means of clearing the woods of humans too!