My Place in Publishing 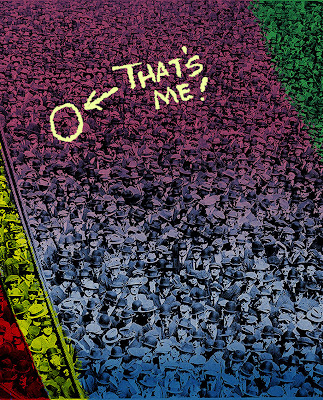 That's me! You probably didn't notice... but it is me.
There, near the back... almost all the way in the back.
The one with the hat on.

The area in the lower left is reserved for 'Prize Winners'.
I didn't quite manage somehow.
The yellowish area is for 'Notable Books of Merit'. Doggone! I tried... really I did! Don't we all try our best?

Actually I think everyone in publishing has to feel fairly overwhelmed most of the time. I sure got that impression at the ALA convention last year, surrounded by zillions of books. It's almost impossible for anyone to stand out, I think. 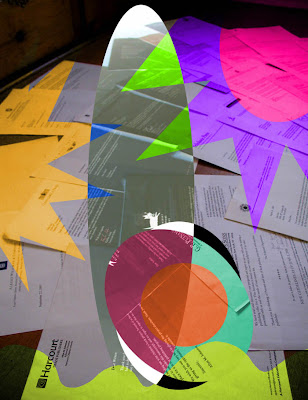 The other photo features some of my latest rejection letters. I had a spare 5 minutes one sunny morning, and I felt like spreading them all out to take a picture of.

Sometimes I feel like giving up... but that's just par for the course. Somehow I manage to regain a new foothold and persist in my folly. I think the trick is you're supposed to enjoy the process... or something like that.

The problem is that its so easy to imagine other pursuits of folly. Follies that might be even more fun & rewarding.
Posted by John Nez at 3:18 PM 9 comments: 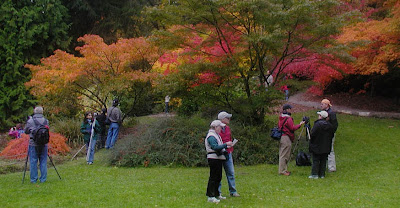 The Hunters... swarming like sharks in the shallows, tripods set for the quarry. 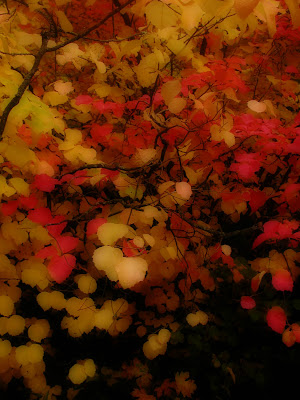 The Hunted... a blaze of autumnal color. Like moths to the flame they come. 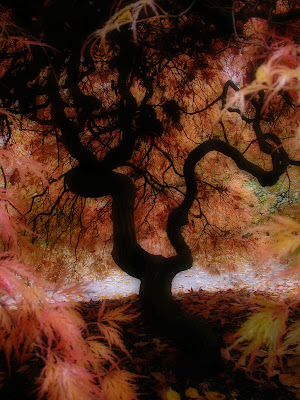 The wonders of Nature are everywhere... even hiding under bushes. 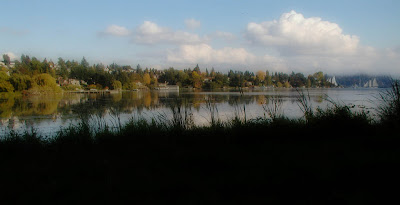 A serene set of sails departs for sunnier ports in the distance...
Posted by John Nez at 9:59 AM 5 comments:

Sitting in: The dark at 6 am... thanks to this daylight savings time nonsense! 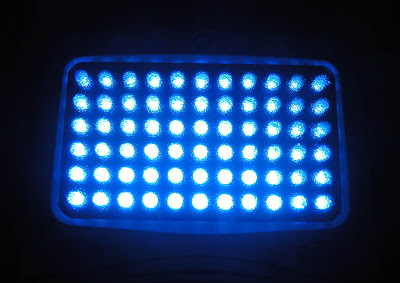 Sniffing: The scent of woodsmoke, as winter's chill seems well upon us.

Staring at: This blue-daylight-mood-light. Not sure if it even works, but the first step is to try & make the effort at least.

Wishing I could: Hibernate! Why not? It's clearly the better choice... bears do it, turtles do it, why can't I? I'm not sure if the blue light thingy even works...

Dressed in: Polartec... in which I shall remain from now until May most likely.

Amazed at: Yet one more weird mushroom I've never seen before. You simply would not believe the sorts of fungii that sprout up around here! 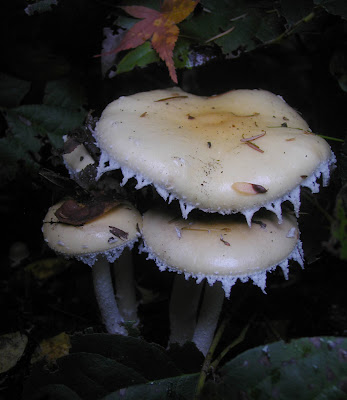 Delighted to see: A wonderful pastiche of autumnal colors... muted in the rain. 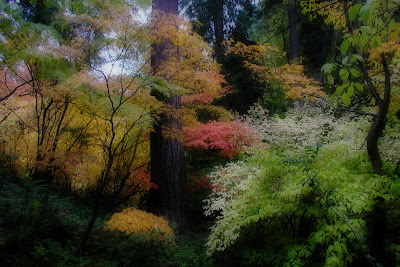 Noticing with disbelief: All the football games on TV seem to take place in cities where the sun actually shines...
Posted by John Nez at 11:19 AM 4 comments: 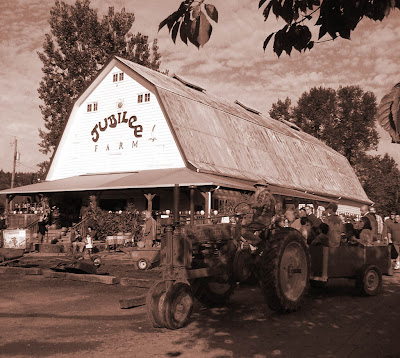 There's nothing like a trip to the country to bring out the 'Country Mouse' in me. 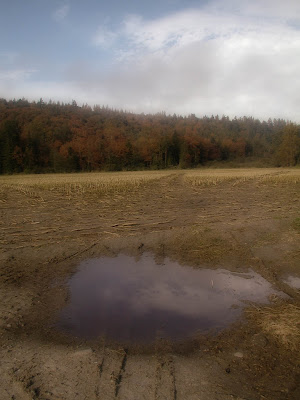 Newly cut corn fields are filled with 100's of crows & blackbirds... all making a ruckus. Blackberry hedges run all along the roads... they're impentrable unless you're a mouse. 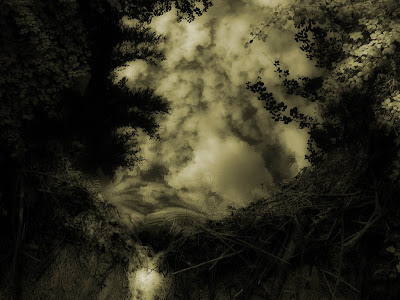 Clouds in the river... 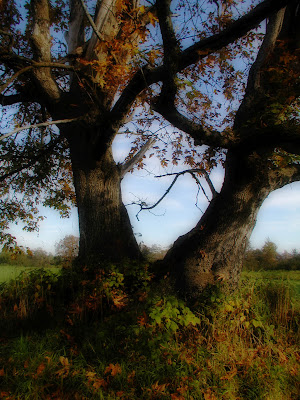 An aged & bent old maple tree has seen many a Halloween night. 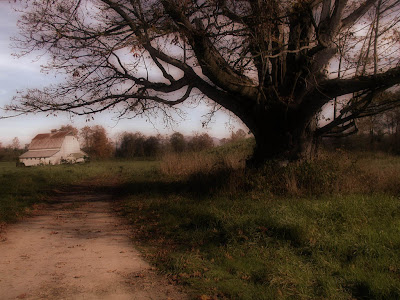 I always come home and start looking through the real estate ads... until gradually I remember I'm still probably a City Mouse, despite my inklings. But it sure is nice to visit on a sunny autumn afternoon.
Posted by John Nez at 3:48 PM 5 comments: 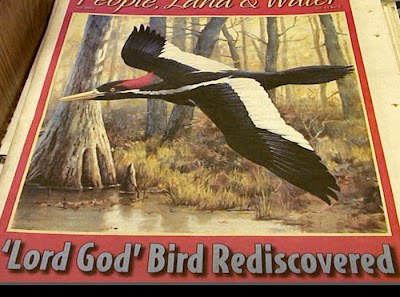 I've been reading 'The Grail Bird', a fascinating account of the crazy way in which against all odds, the Ivory Billed Woodpecker was discovered to still exist, after being declared extinct for 50 years. It's a story that's very hopeful and very depressing. Hopeful, because somehow it shows that Nature might triumph over mankind's stupidity. Depressing because it shows how sad our destiny seems... especially in this the age of Global Warming & eventual doom.

I don't think there's ever been a time in history when each person has been made to feel so guilty about just existing. Every time we toss out a styrofoam coffee cup or wash out a paintbrush, or leave a light on in an empty room we now feel like we're putting the planet in peril. I think the description of the 21st Century as the 'catastrophe prone century' seems all too accurate.

Yet the Ivory Billed Woodpecker has defied all the odds and survived... a stunning triumph of Nature over man. They have proved all the experts wrong and defied science to even figure out how their magic trick was accomplished.

The Ivory Billed Woodpecker has got to be one of the coolest looking birds ever. That amazing crest, the huge beak, the bold colors and stripes. How many millions of years did it take to evolve? But it took less than 100 years of greed to wipe them out. 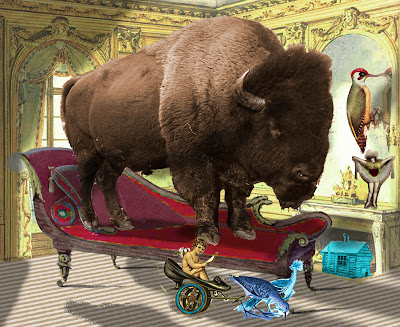 When one reads about the primeval abundance of wildlife that so recently existed in parts of America, it's sad to think how much we've lost. As recently as 1930, there were deep woodlands of the South that were like a primal Eden. Untouched forests of old growth mangrove rang with the calls of thousands of birds... panthers, wolves and bears roamed free.

Today in the exact same place a featureless soybean field stretches to the horizon... without a tree in sight... soaked with chemical fertilizer. No bird sings. It's hard to put a price tag on Nature. But corporations, which run the world these days certainly have no inclination to do so. It seems each new generation of people simply accepts what reduced abundance is left over to them... without questioning. They never knew anything more.

It's hopeful to think this amazing bird might still eke out a chance. It seems impossible though to ever capture one or breed it in captivity, the way they've done with the Condor and Whooping Crane. We have to save the forest instead. Maybe there are 25 Ivory Bills still alive... no one knows. They're called the 'Good Lord! Bird' because that's supposedly what people used to say whenever they'd see one.

And I think that people really do need to still see one every now & then.
Posted by John Nez at 8:22 AM 4 comments: 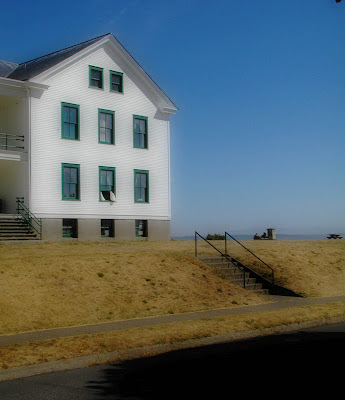 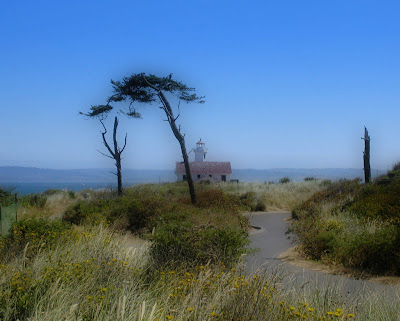 except it was only yesterday... 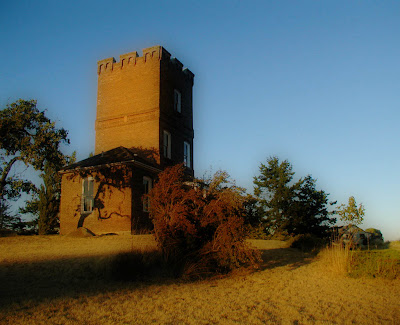 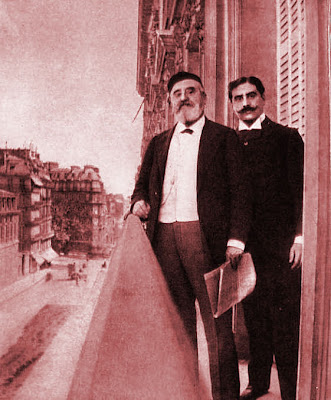 I've often had that sentiment rattling round about me.

"Are you still doing children's books?", the neighbors always seem to ask, as if somehow I'd gone into selling insurance or designing submarines. "We hardly ever see the FedEx truck anymore", they say.
"Oh, I send all my sketches in online now", I try to explain.

And then there are looks from the checkers at the supermarket at 10 am when all I have is a chocolate bar, a box of tea and a bottle of golden sherry in the basket. "I was really just out for a walk. The chocolate bar & tea aren't for me"... I think out loud mentally. But still there's that look.

And of course there's the spouse who's certain I just spend all day playing around on the computer.

You don't even have a real job!
That's the feeling I think the freelancer is often up against. We know, of course this is far from true. 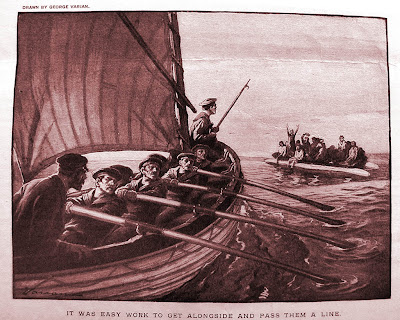 I would wager, in fact, that just drawing for hours on end might well be as challenging as digging ditches... or rowing across a channel in a large boat in heavy seas. At least it can sometimes feel about like that. And the measure of one's workday progress is plain to see in sheets of paper filled with lines and color or pixels.

So it's nice when the phone rings and my spouse picks it up and it's some big-wig art director or editor from New York City. That always makes a good impression to remind everyone that in fact, yes... I really actually DO have a real job!
Posted by John Nez at 9:49 AM 6 comments:

At least the weather is cooperating... 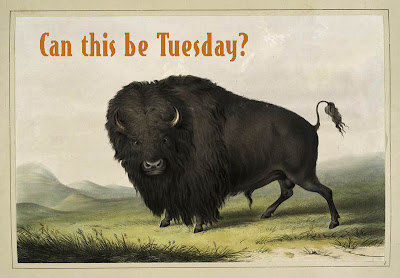 I've been a bad blogger... just can't seem to get around to posting anything, as I race the deadline to get the 32 pages of art & cover of my new book done by the end of the year. I've been too busy drawing complicated scenes similar to this one... (which I didn't draw!) 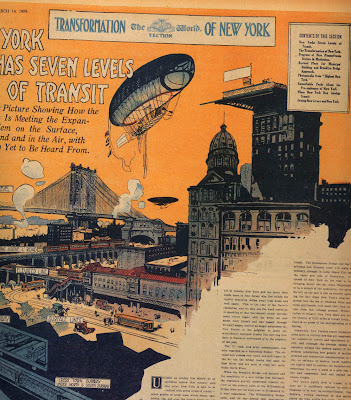 What I wish is that I could get my battery charged a bit by working with other people...

Making a book seems as complicated as making a movie... only we lonely artists don't get the team camaraderie and input in the way moviemakers do. I was watching Charlie Rose interviewing movie makers on TV and I got so jealous, listening to how they all have each other to bounce ideas off of. Then they all get to travel to exotic locations to shoot scenes... and they get to hang out and enjoy one another's company. It sounded like more fun than I'll ever have. 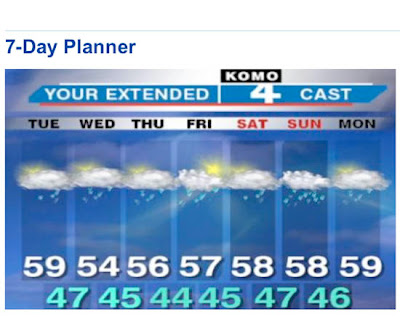 I thought, making a book is like making a movie... only we have to do everything all by ourselves... stuck in our studios. It sure gets hard after a while to keep the creative joyousness bubbling up, even when I'm working on my own story.

Oh well, at least the weather is cooperating... it's too miserable to do anything else but work!
Posted by John Nez at 4:12 PM 7 comments: