The whole trick is to avoid 'clothespin nose' 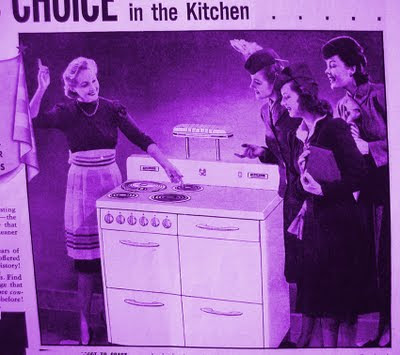 I feel the same way about my Powermac and Epson 2200. Some things are just supposed to work magic, that's all there is to it. 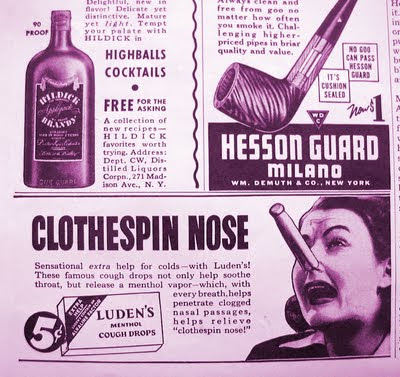 The whole trick is to avoid 'clothespin nose'. That's the tricky part.
Posted by John Nez at 2:59 PM 1 comment:

A place stranger than fiction... 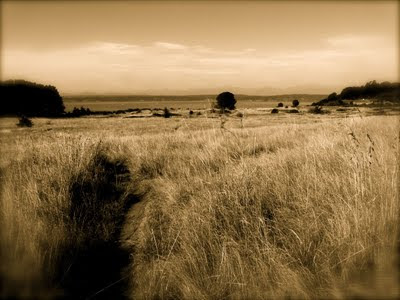 There have been some very odd goings-on lately in Seattle's Discovery Park. And it's especially unusual to have two perplexing headlines occur within weeks in this same park. Maybe odd things are just falling out of the blue there. I went by just to be sure... hoping for something amazing.

Discovery park is known for it's breathtaking views of Puget Sound... and the large expanse of woods and meadows.

The first amazing headline was the appearance of 'John Doe'... an amnesia victim who was found wandering in Discovery Park. He appeared to have totally lost all memory of the key events of his life. He's been characterized in the press as a 'distinguished gentleman' well acquainted with european and oriental art... also a 'high caliber' chef. All very mysterious. The doctors remain baffled.

The poor fellow claims in an interview that if he spends much more time alone he'll go out of his mind. (I can totally relate to this myself, as a freelancer.

Anyhow, shortly on the heels of that story, we have D.B. Cougar appearing in Discovery Park! No one knows how, but a wild cougar found his way through 30 miles of urban sprawl to prowl through the wilds of Discovery Park. Past all the freeways, shopping malls, subdivisions and traffic. Miraculous! There's nothing like having a hungry cougar prowling the park to make things interesting. Life is better with a little bit of the 'wild' still left in it I think.

I wonder if there's some sort of time-space portal thing going on in Discovery Park?
Posted by John Nez at 7:22 PM 4 comments: 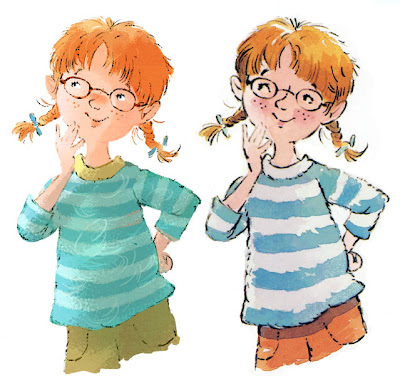 While working up a new digital technique I tried this experiment using a recent page from a new book. I used the exact same drawing for each, done with a 2B pencil. The drawing on the left is done with digital and the right hand drawing is done with acrylic paints and a real paintbrush.

At first I liked the digital drawing more. But a few days went by and I started to like the painted drawing more. They each have their advantages... and drawbacks. 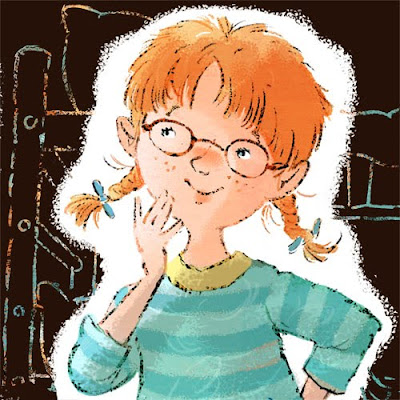 The speed of changing around digital art can often make it harder to decide on any one thing. At least that's how it works for me. This is just the sort of thing that can drive an artist to distraction.
Posted by John Nez at 11:10 AM 3 comments: 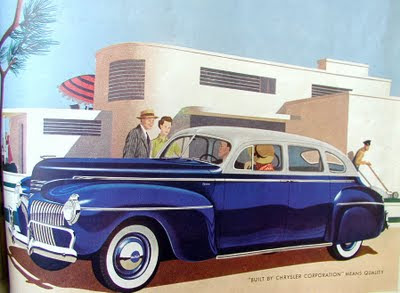 Favorite new french movie: Angel-A . This movie goes directly to my favorite movie list. It's a bit like 'It's a Wonderful Life' (which I always think is the best movie ever made) meets 'Girl On a Bridge'. Only in this version the angel that comes to the rescue is a blonde in a mini-skirt. The theme of self-acceptance is wonderful. The black & white photography of the bridges of Paris is breathtaking. It's funny I never heard of it before. I just found it by chance at the library.

Favorite scientific irony: Odd then to think how science is spending billions on trying to discover whether or not there is life on Mars... when in fact life here on Earth is going extinct at the fastest rate ever. Scientists do love playing with their toys though... as do we all.

I am of the philosophy that even the tiniest insect probably contains more complexity than the physics of the entire galaxy. I know it might seem irrational, but that's what I think. Planets and suns and black holes are all just huge blobs of matter behaving under the laws of physics.

Yet that tiny inset has evolved over millions of years so that each part of it, the wings that are hinged and can fold to fly, the legs with equally complex legs and joints... the beating heart, the circulatory system, the senses... they all seem far more miraculous and inexplicable. 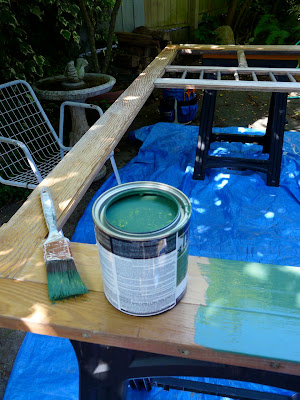 Latest remuddling accomplishment: Finished the screen door make-over. Not much of a learning curve... but learning to do the aluminum screen correctly was a bit tricky.

I think I'm getting near to done with remuddling. It has been a long, long summer of sanding, sawing, nailing, measuring, painting, plastering, grouting, plumbing... and many, many trips to the hardware store.
Posted by John Nez at 2:24 PM 2 comments: 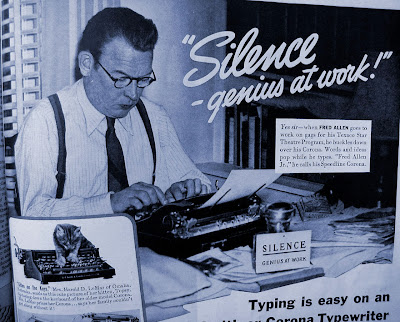 So often it seems every attempt at blogging is met with an equal resistance to blogging. One loses the knack of triviality.

Eventually one also feels compelled to blab about the daily vicissitudes of life.

Favorite new software discovery: Camino - an awesome web browser designed for older systems like OSX 10.3.9. Finally I can once again surf the web without half the sites crashing and falling apart. It's nice to think that my aged 5 year old Powermac has not been totally abandoned by the computing world. One does tire of buying new computers when the old one can still do everything I need. It's ironic to think this same Powermac was once considered a national security threat if shipped to North Korea, because of it's 'supercomputer' status! Before I discovered Camino it was getting to where it could scarcely run Youtube. lol! To top it all off, Camino is noticeably faster than Safari or Firefox.

Favorite new Project: I am enjoying developing the character of a new book I'm writing and illustrating. This is nothing to rush into rashly. I have learned that the first few decisions one makes can often be the most crucial... so it's always best to take it slow. A sketch... wait a day... sketch some more and wait a weekend. See what else might alter the orbit of that new planet before rushing in to change everything.

Favorite new Mystery: Wallander, the Swedish version of Morse. I like how Wallander works mostly through intuition. I also find it easy to relate to the fact that his life is basically falling apart, but his trusty Volvo always comes to the rescue. My trusty Volvo had it's brake pins fall out the other day, and instead of trying to fix it myself I took it to Daisywagon, my local garage. To think this car probably drove down Mt. Rainier without brake pins! 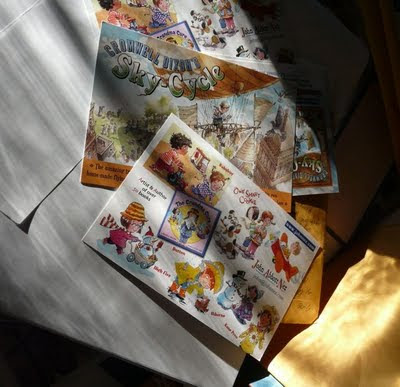 Favorite Scientific thought: A chance meteorite that destroyed the dinosaurs most likely allowed the evolution of humans. Also I don't think there's enough appreciation of the fact that the magneto-rotation of the earth's molten core is what creates the Van Allen radiation belts which shelter all life from deadly cosmic rays. I also think it's ironic that the earth is mostly filled with molten magma... and the sun produces enough energy every minute to run all of civilization for 5,000 years. But we're still dependent on gasoline and petrochemicals for energy.

Somehow it's all very reassuring to know this, to maybe even being to explain the mystery of things.

Meanwhile the bees and butterflies are busily buzzing all around the flowers in the September sun. A daddy long-lets glides along a trace above the sidewalk, barely visible except for its shadow.
Posted by John Nez at 11:45 AM No comments:

I think that might have been my summer vacation... 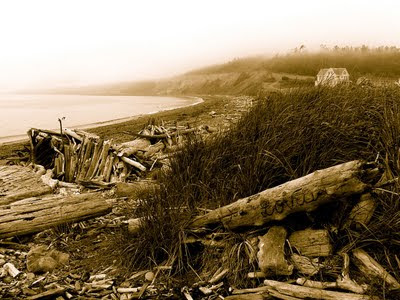 It was a cloudy day at the beach yesterday... the fog never did burn off. The weather-people misled everyone yesterday. They had all been forecasting a sunny day and high of 75.

I had imagined sunny hours on the beach, relaxing, tossing pebbles and pondering the meaning of life.

But in fact the clouds just stuck around all day and it barely got to 61. And soon enough the rain started which didn't stop for hours. 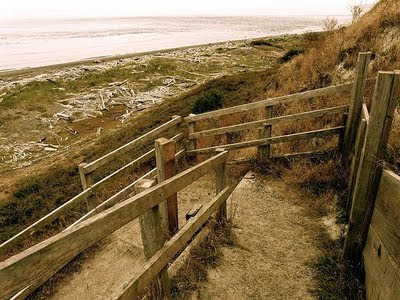 Of course as soon as we got all the way back home the sun came out again.

I think that might have been my summer vacation...
Posted by John Nez at 6:34 AM No comments: