A deer in the city! 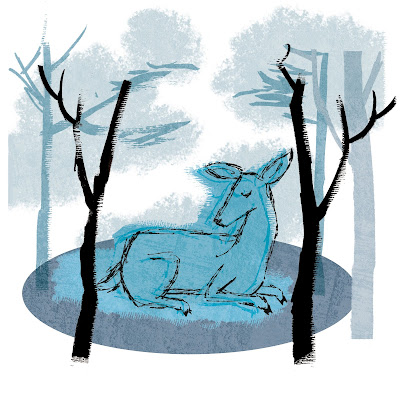 The other day I saw a deer walking up a hill beside my bike trail. I've been here for decades and I never once saw a deer in the city. So I followed after it, pushing my bicycle up the trail.

But it had vanished in the woods.  So I went on my way and sat by the fountain. Then on the way back I returned to the hidden trail through the woods.

And there the deer was again, resting quietly in the grove of trees on the grass, hidden and known only to me.

From a distance we watched each other. I tend to think of a deer in the middle of this city almost the same light as a unicorn. It was amazing to see - like a mystical creature.

But it made me sad thinking about what a difficult prospect it had ahead of it, and the conflict of living in a city full of cars and people.

So I turned around and quietly went home, grateful that I have a place to be my home.

A few hours later the thoughts started nagging me that I ought to go back and see if it was still there. So I did. I rode the trail over a bridge and hid my bike in the woods. With my camera I quietly walked back up the trail.

But now, where there had been a deer there was another homeless person fast asleep - hidden in the grove. It was as if the deer had transformed into a person almost.

I guess the nature of a wooded trail is that it's still partly wild - and belongs to no one.  Wild animals can travel down it searching for a better place to be - and homeless wanderers can call it home for a short while.
Posted by John Nez at 11:35 AM No comments: 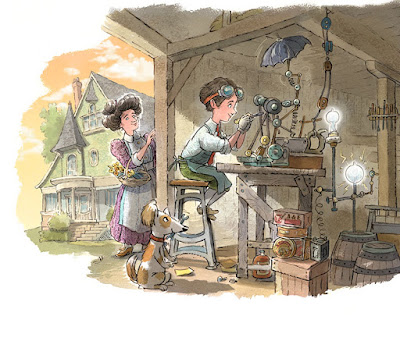 These are some pages from my book 'Cromwell Dixon's Sky-Cycle' - the TRUE story about Cromwell Dixon, america's boy genius and youngest aviation pioneer. Now mostly forgotten by history. Cromwell built and flew his own flying bicycle in 1907 that flew a mile over Columbus, Ohio. 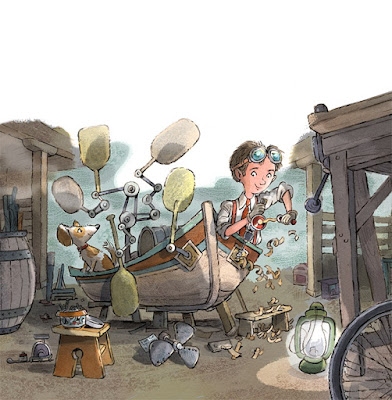 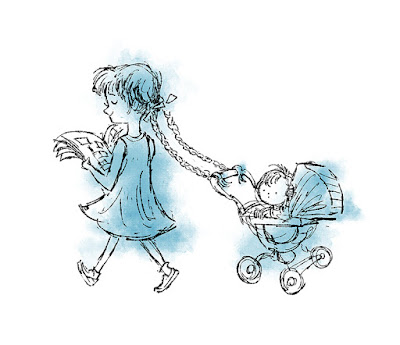 Reading the funny papers - this morning's sketch. I was looking through the news and decided I think we're pretty much doomed.  So why not enjoy the comics?

I think the comics offer a refuge from the scary world of the news. The comics offer a happy bright and safe world. A wonderfully nice place to escape to, even if you just have to make it all up.
Posted by John Nez at 9:58 AM No comments:

A dee-lightful big box of books! 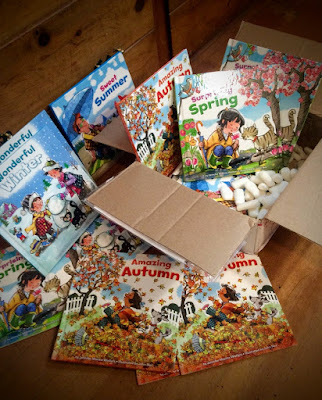 This morning I opened the box of books on the porch with great delight! THANKS! Red Chair Press! Wow! 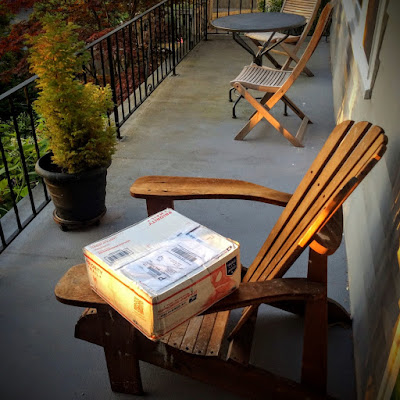 I always think creating art with photoshop is amazing - but equally amazing is how the files get transformed into real books. It really IS magic!